Home Fashion Zipper Trivia to Impress You Off 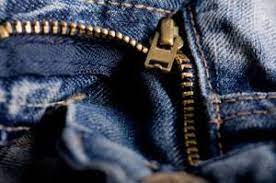 Zipper Trivia to Impress You Off

adminOct 13, 2021FashionComments Off on Zipper Trivia to Impress You Off

From the bedroom to the bathroom, the zipper has become among the most frequently used inventions that ever grazed the Earth.

There are billions of people that rely on the zipper on a daily basis, and you will find one or even more on items from pants and jackets, backpacks, boots, luggage, purses, tents, pencil cases and sometimes, even album covers.

However, they weren’t that popular all the time.

The zipper concept got its beginning when Elias Howe, an American, earned the patent for his Automatic Continuous Clothing Closure in 1851. His idea was already ahead of its time, yet Howe’s plate was already full with his other creations and inventions such as the sewing machine that later on helped in making it so much easier to install zippers. As a result, he wasn’t able to commercialize the radical new form of sliding fastener.

Although the materials have seen changes through the years, the fundamental zipper concept is closely resembled to the patents of Gideon Sundback that arguably made him the father of the zipper.

It was not until many years later, specifically in 1893, when Whitcomb Judson developed something he named the Clasp Locker, and Judson C-Curity Fastener later on. Sadly, his invention featured large teeth that were tricky to close with the tendency to open by itself. The result was that it didn’t become very popular among the public although this was showcased during Chicago World’s Fair in 1893.

This idea rotted in obscurity that left them stuck in the button-down world. However, Judson was also the co-founder of the Universal Fastener Co., and this is where things actually started to come together for the zipper.

How the Zipper Works

In essence, a zipper is a form of interlocking geared mechanism. The teeth of the zipper are the gear’s cogs. The teeth are aligned for closing the zipper to allow each tooth to mesh with the tooth after it since they get pushed together. When a zipper is being opened, the slider’s interior has a wedge shaped like a diamond that gets forced in between the teeth for the gear to open.

Otto Frederick Gideon Sundback, a Swedish electrical engineer who migrated to the US, was hired by a company in 1906. He took the design of Judson back to the drawing board and developed the system of small interlocking teeth now called the zipper.

Even if its name was not catchy during that time, the early “Hookless Fastener” design of Sundback was patented on the 29th of April 1913. He continued developing it, and it was soon patented as a much improved version in 1917 named Separable Fastener.

There are debates as to whether the credit for zipper’s invention should ultimately be given to Elias Howe, Gideon Sundback or Whitcomb Judson. Although the materials changed through the years, zipper’s basic concept is closest to the Hookless Fastener design of Sundback and it is also the with the highest commercial success.

Browse through the selection of zippers available wholesale at www.zippershipper.com today.

Previous PostFind Your Most Adored Wedding Destinations Next PostUnique mangalsutra pendants for the perfect bride-to-be!